McCann's Music Centre is Tasmania's largest musical instrument and print music store. It also has the distinction of being one of Australia's oldest continuously operating family-owned independent music store. Founded in 1881 as McCann's School of Music & Musical Instrument Show by the late James R. McCann - an organist and former conductor of St. Mary's Cathedral Choir - the McCann family carries a tradition of music retail that proudly continues to this day. Upon James' death in 1916, the business passed on to his sons - also musicians - and enjoyed a period of significant growth - with McCann's employing no less than 25 staff by 1932. On the 21st May 1923, James' son, Bernard McCann, changed the name of the business to 'McCann Bros.' - which was later incorporated into a company on the 10th of July 1952. The faded hand-painted signs of yesteryear advertising the original McCann Bros. Pianos & Radio store-location at 180 Elizabeth Street can be still be seen on the wall of a well known heritage-listed 19th century building as one drives into Hobart's busy CBD along Macquarie Street. McCann's Bros. traded during the intervening years in products such as electrical goods, furniture and floor coverings - having relocated its operations to the original Best & Co.'s general store premises at 141-143 Elizabeth Street Hobart. 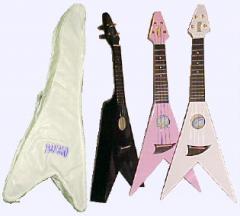 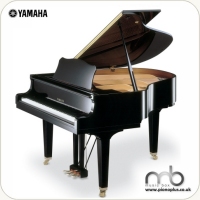 Fender precision bass guitars
In stock
Designed by Leo Fender as a prototype in 1950 and brought to market in 1951, the Fender Precision Bass has made an immeasurable impact on the sound of popular music ever since. The current American Standard Precision Bass is the new version of the great instruments of bass heroes past and...
Group: Guitars
Contact supplier

Ulbrick guitar amps
In stock
For the forseeable future, this is your last opportunity to purchase a new Ulbrick amplifier. At the time of writing, it's our understanding that Ulbrick amps will no longer be manufactured, so it's likely that many of these amps will become collector's items for the guitarist with an ear for tone...
Group: Guitar combos
Contact supplier 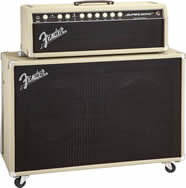 Fender valve amplifiers
In stock
The Fender Super-Sonic amplifier is the first Fender all-tube amp to capture the highly desirable sparkly tones of the '65 Vibrolux®, the thick tone of the '66 Bassman®, and the smooth and creamy crunch of modern, high-gain amplifiers. The Super-Sonic amp lets discriminating players capture...
Group: Guitar combos
Contact supplier